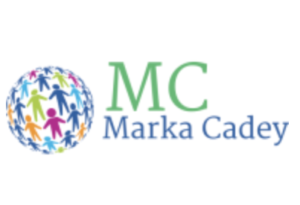 Somalia’s National Intelligence and Security Agency (NISA) is on the brink of collapse as a result of poor leadership following the dubious takeover of the agency by its current Director, MP Mahad Salad, in mid-last year.

After a long investigation into the matter, sources inside Halane Base, Mogadishu’s green zone that houses foreign missions, confirm that the agency’s long-time partners cut all their support after expressing concerns about Dir Mahad’s immature leadership and lack of experience in the agency.

NISA was previously receiving more than $3M in support from its partners and other logistical support including tactical weapons and ammunition but this was halted due to fear of ending up in the black market.

The agency is currently in a leadership predicament as its main ranks remain vacant, like the Dep Director post, however, sources inside NISA contend that Dir Mahad secretly hired close associates and clansmen for these posts, as they receive tens of thousands of monthly salaries.

MP Mahad who is famous for his political ties with some foreign elements has secretly departed the country for incognito meetings in Middle East countries and is believed to have inked deals that will have great national security implications for the fragile stability in Somalia.

His predecessor was overthrown regarding the same issue after he was elected a member of Somalia’s Lower House parliament.

Sources inside the agency also confirmed that MP Mahad is planning to vacate the agencies as he attempts to run for Galmudug State presidency, leaving behind a NISA which is in ruins and a leadership crisis.

To obscure the current leadership crisis in the agency, Director MP Mahad Salad hires foul-mouthed media and trolls who are paid to flood social media with misinformation, one which will depict Mahad as a great national hero.

Dahir Alasow who is among the foul-mouthed social media troll is currently in Mogadishu and enjoying the full accommodation of NISA, make no mistake he is the special guest of Mahad Salad.

And so is Ali Mumin and junior Facebook troll known as Justice Minister who recently joined hundreds of troll mouths of Mahad Salad in social media.

In the recently approved 2023 gov budget of Somalia, NISA is projected to receive over $19.5M with more than half of that stipulated as a salary and per diems.

Dir MP Mahad is committed to leaving an agency where top ranks are filled with clansmen and loyalists in a bid to pull its strings after his departure as its chief.